According to Boghosian, the doughnut-hole-shaped death warrant was a best seller during opening weekend at the San Diego County Fair, with as many as 9,000 deep-friend Kool-Aid balls served.

“Inception explained for Mac users.” The pinwheel wouldn’t stop spinning so I Force Quit myself awake. 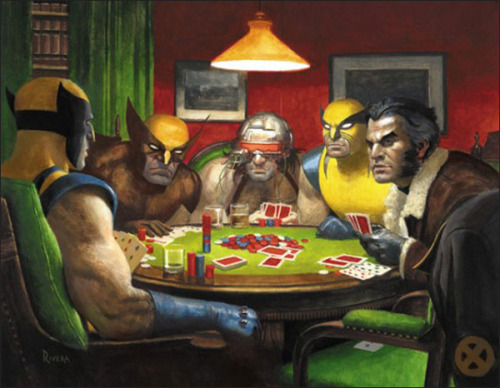 “Wolverines Playing Poker” Featured in The Amazing Spider-Man #590. How many Wolverines is too many? Personally I can’t get enough of Wolverine in an […]